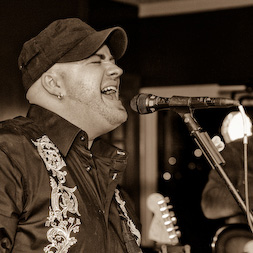 
Between solo tours and an increasingly packed band schedule, Sam Grow is performing about 250 dates a year, yet his roots are still in Southern Maryland. On a warm summer evening, head out to Gilligan’s Pier in Newburg, MD, and enjoy a night on the beach with seafood, beer, and dancing with “The SGB Family”, while the band rocks the outdoor stage…there’s not a better time to be had this side of the Atlantic!