Challenged with writing new material for a live album to be recorded in May 2010, Billy Coulter penned the last of his lyrics in early March. He met with his longtime collaborator in California, Steve Thoma (Glenn Frey, Fleetwood Mac), to fine-tune the compositions. Then the band feverishly honed their parts over the six weeks prior to the show. The resulting performance was an exhilarating tightrope walk as the band delivered these songs with heightened intensity while the recorders—and video cameras—were rolling.


Those new songs are tracks 1–5 on “TRACE: Live at Goose Creek.” They include a new audience favorite called Lighthouse Keeper, the catchy pop-rockers Sunflower and Live, Laugh, the rockabilly rave-up Station Wagon, and the country-tinged If You Can’t Live Without Me. The remaining seven tracks represent a veritable “Best Of” collection from his first two albums and a revved-up version of a rockin’ Dwight Yoakam song. 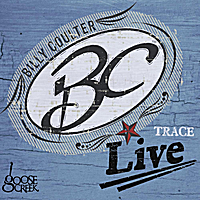 Drawing on influences as varied as Bob Dylan to Squeeze, Coulter creates an organic sound that seems familiar but is definitely new. Coulter’s previous album, “DOSE” won four Washington Area Music (WAMMIE) Awards including Album and Song of the Year.

His inspired and energetic performances have graced the stages at some of the Mid-Atlantic’s top venues and festivals including: The Birchmere, Rams Head, Strathmore, IOTA and Barns of Wolf Trap, frequently supporting national acts.

Coulter’s writing also received honors from the Billboard and Mid-Atlantic Song Contests, including the 2005 Rock Song of the Year (Disconnected) from the latter. 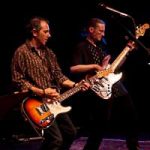 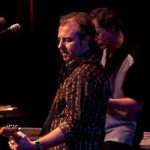 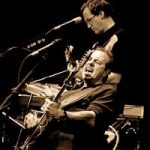