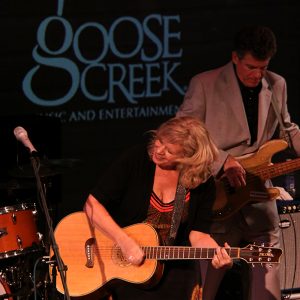 Based in the Washington D.C. area, Ruthie & the Wranglers, play rockin’ American Roots music. From original Americana Country to rousing Surf instrumentals, their clever lyrics, high energy and spritely hillbilly harmonies set them apart from the rest. The band has won over 25 Washington Area Music Awards (WAMMIES) including Artist of the Year and Album of the Year.

Ruthie Logsdon grew up singing along at home with her Dad and his guitar and harmonica. After attending Bluegrass festivals, a few private guitar lessons and watching Country TV stars like Johnny Cash and Dolly Parton, Ruthie had enough influences from her rootsy background combined with her Rock ‘n’ Roll and Punk-influenced college days to create the beginning of Ruthie and the Wranglers. Add Ruthie’s favorite Washington DC musicians, and you get diverse talent and unstoppable energy. 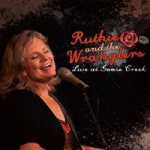 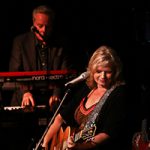 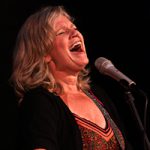 The group has appeared on numerous radio programs and television shows, among them Crook & Chase, This Week in Country Music, and Prime Time Country. Festival performances include Washington’s American Music Festival, Florida’s Crystal River Jam, Pittsburgh’s Three Rivers Arts Festival, and Jam on the River in Philadelphia, among others.