The Whiskey Gentry’s catchy tunes reel in listeners spanning from music novices to mainstream audiences, while their musical mastery garners the professional praise and respect of those with the most sophisticated of musical palates.


Following up on the successful studio album “Holly Grove”, the new Goose Creek release, “The Whiskey Gentry, Live from Georgia,” is their third album and first live release. Produced by John Keane (R.E.M., Indigo Girls, Uncle Tupelo), the recordings from The Georgia Theatre in Athens and Centre Stage in Atlanta showcase the band’s range of material from tender ballads to country swing, gypsy jazz, and hard-driving progressive country rock. The band is composed of top-level players, and the live format of the new album gives them a chance to stretch out and show the world what they can do.

Recent finalists in the Chris Austin Songwriting Competition held at MerleFest, the band’s burgeoning followers and supporters have quite literally set the stage for nationwide venues and air waves. . From local haunts to the Nashville music industry’s elite. 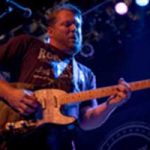 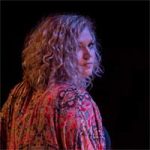 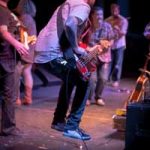 Initially a quintet formed by husband and wife duo Lauren Staley and Jason Morrow, the band’s debut album in 2011 Please Make Welcome became a critically-acclaimed success, quickly launching the Atlanta-based band into markets from Tampa to NYC, and at festivals priding themselves as the first to showcase the next best thing.

They have since expanded on both a physical and geographic level, becoming a septet comprised of Chesley Lowe on banjo, Sammy Griffin on bass, Price Cannon on drums, Michael Smith on mandolin, and Rurik Nunan on fiddle. 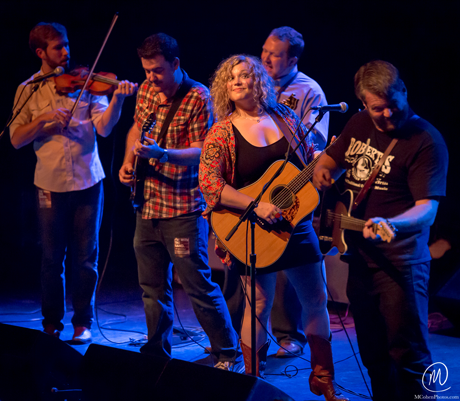 It was a face I’d seen a thousand times at every Derby I’d ever been to. I saw it, in my head, as the mask of the whiskey gentry–a pretentious mix of booze, failed dreams and a terminal identity crisis…

***All photos by Matthew Cohen